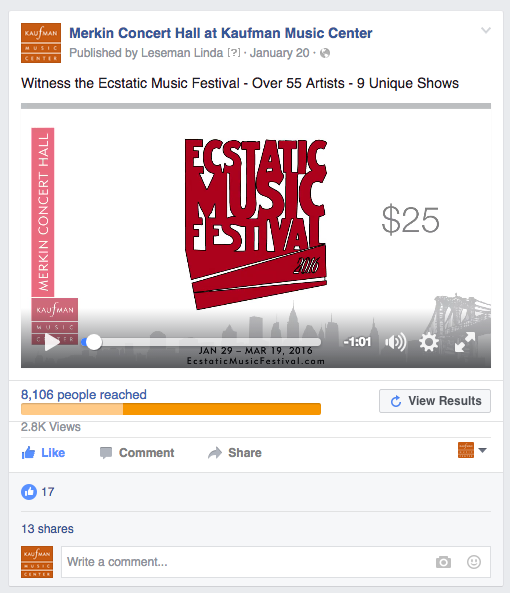 The 2016 Ecstatic Music Festival at Kaufman Music Center needed a concise, engaging, yet affordable way to market the 9-concert series both to past ticket-buyers and to people unfamiliar with the festival. I came up with the idea of a digital “commercial,” sourcing content from existing music videos, songs, and images provided by the artists. I was responsible for obtaining the content and for editing the video.

I ran paid media campaigns on Facebook to promote the video, which reached over 8K users at only $0.01 per video view. The video was also broadcast online by WQXR/Q2 to viewers during the live stream of the kickoff concert on January 29, 2016.